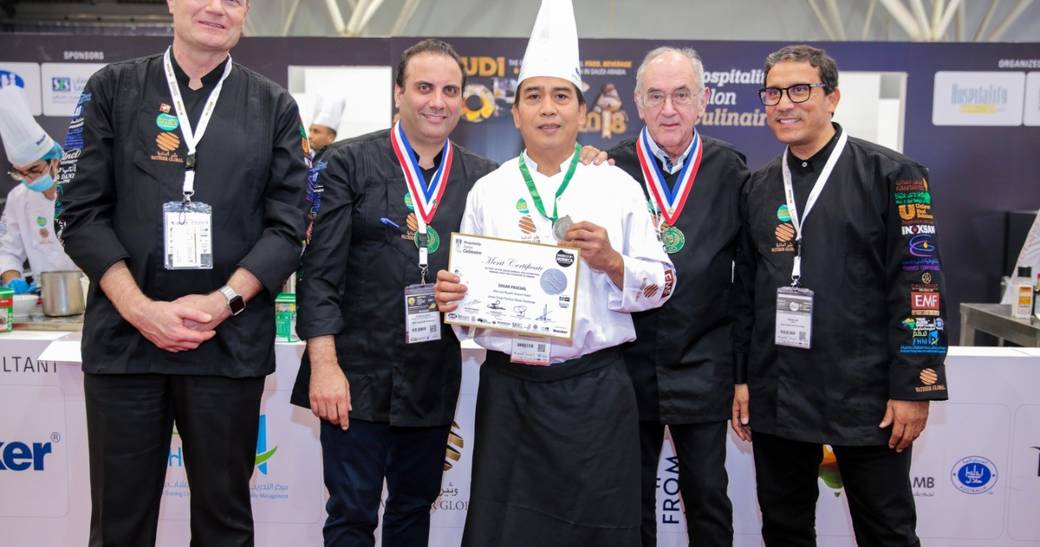 A group of chefs working at Riyadh Airport Marriott Hotel won 4 awards at “HORECA 2018”, the biggest international food, beverage and hospitality exhibition in Saudi Arabia organized by the Saudi event management and marketing company “SEMARK”. The exhibition was held at the Riyadh International Convention and Exhibition Centre from 27 to 29 November 2018.

In this regard, Mr. Hassan Ahdab, Hotel Operations President at Dur Hospitality, said, “these awards are a testament to the skills of our chefs at Riyadh Airport Marriott Hotel and a recognition of their outstanding culinary talent”

He added, “these gourmet experts prepare the best meals and offer an assortment of dishes and new recipes for the guests of the hotel, which has recently undergone vast improvements."

Mr. Al-Ahdab much-admired HORECA, which has been held in Saudi Arabia since 2010. He also mentioned that the food industry in the Kingdom is considered one of the most promising industries for investments.

Last October, Dur Hospitality celebrated the launch of the brand-new Riyadh Airport Marriott Hotel in cooperation with Marriott International and Riyadh Airports Company. Dur’s agreement with the General Aviation Civil Authority (GACA) was extended for 20 years from 2016, to develop the hotel with its own brand identity and operate it through an international brand. The cost of developing the current hotel is expected to reach approximately SAR 120 million, with an increase in the capacity from 247 rooms to 347 rooms in addition to the development of the supporting facilities.

Saudi HORECA is one of the largest annual hospitality exhibitions in the GCC. It is held for the eighth consecutive year, providing an opportunity for companies to review their products and services to the most prominent stakeholders in the sector at the local and international levels.